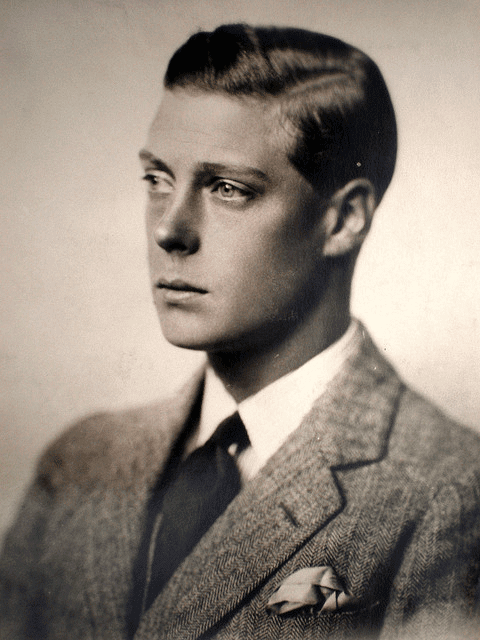 The royal train’s approach to the Perth railway station on 1 July 1920 created a sensation.  Pressing crowds cheered at rail crossings and on the Horseshoe bridge, while above them Major Brearley in his Avro machine performed a flight ‘with fancy variations’. After being welcomed on the platform, Edward, Prince of Wales was driven slowly to Government House along packed streets where thousands of men, women and children gave him ‘a rousing and right royal reception’.

The ‘Digger Prince’ thanked Perth’s citizens for the warm welcome at a civic luncheon hosted by the mayor later that day. He congratulated them upon their ‘fine city’; as he had been in Perth only a few hours there had not been much opportunity for sightseeing but he was looking forward to viewing ‘a lot that I know is going to impress me’. He was particularly pleased to have seen several thousand Diggers that morning and congratulated them on their splendid war service; he also congratulated the women of the state, both those who had gone overseas and those who had stayed and worked at home for the duration.

At an afternoon levee, with golden sunlight streaming through the western windows of Government House ballroom, Edward listened to loyal addresses, met notable citizens and awarded medals to soldiers. The West Australian proudly editorialised the following day that the city admired the prince for ‘his pluck and his patience of such fine temper’; and readers were reminded that as their state was really ‘a piece of Britain’, Edward was ‘here “at home” as truly as in England’.

Just as well the people of Perth were not privy to the Prince of Wales’ honest opinions. For on the evening he arrived, Edward confided in a letter home to his married mistress, Freda Dudley Ward, that Perth seemed ‘terribly sordid & dull & slow & primitive after Sydney’. Furthermore, there was ‘a bloody “ball” here tonight to “cap” this “perfect” day so that I really am thoroughly fed up’.

That night’s state ball in his honour took place at Government House; and the ballroom with its crimson and gold hangings ‘was ablaze with light and filled with eager faces’ when the sound of ‘God Save the King’ announced the arrival of the prince, the governor and their respective entourages. Thirty-one fortunate young debutantes, all daughters of prominent families and ‘looking so charming in their pretty white dresses’, were immediately introduced to His Royal Highness; their presentation followed by dancing to delightful music. It was later reported that those attending would never forget the brilliant scene and the prince’s ‘gracious charm’.

As for Edward himself, the next day he confessed to Ward that ‘last night’s ball was a strain as the women of Perth are too sordid for words’. The prince did not have an overly high opinion of his hosts either. He explained to his mistress that while Sir Francis and Lady Sophia Newdegate ‘with whom we are staying here, aren’t at all a bad couple as governors & their wives go’; nevertheless ‘their looks are against them & he is rather pompous, though who’s ever seen a governor who isn’t?’ On his second day Edward visited an enraptured Fremantle; and in the afternoon stopped at the Anzac Hostel at Keane's Point, a home for permanently disabled veterans. Motoring back to Perth ‘there were groups of people out the whole 10 miles & it was pouring it couldn’t have been a more devastating day & I’ve got such a ghastly fit of the blues’.

After several more crowded engagements in and around Perth, the prince, his entourage and several government ministers, including the premier James Mitchell, boarded the royal train for a tour of the state’s south western districts. Their journey came to a shuddering halt on 5 July when the train derailed after heavy rain near Bridgetown; with both the royal and ministerial carriages overturning in a ‘sensational disaster’. Edward later wrote of ‘the toppling over, the being dragged along overturned till the moment we stopped, seconds of real mental agony which really put the wind up me’; but afterwards as nobody was seriously hurt ‘we all laughed like fools & there were several priceless incidents!!’ The ‘best’ of these incidents involved John Scaddan and did not make the newspapers:

the local state minister for forests (a most offensive & revolting old rustic who we loathe) was what he described as ‘being in the convenience’ & ended up with ‘one leg in the pan’ & emerged from the wreckage in complete ‘déshabille’!! We all had to laugh then, even those who were shaken!!

This accident proved to be the most exciting part of the royal tour to Western Australia; after emerging from the wreck of his carriage the prince is reputed to have exclaimed: ‘At last, I have done something that was not in the official programme’. He spent just one more full day in Perth before journeying by train to Kalgoorlie and from there to Adelaide.