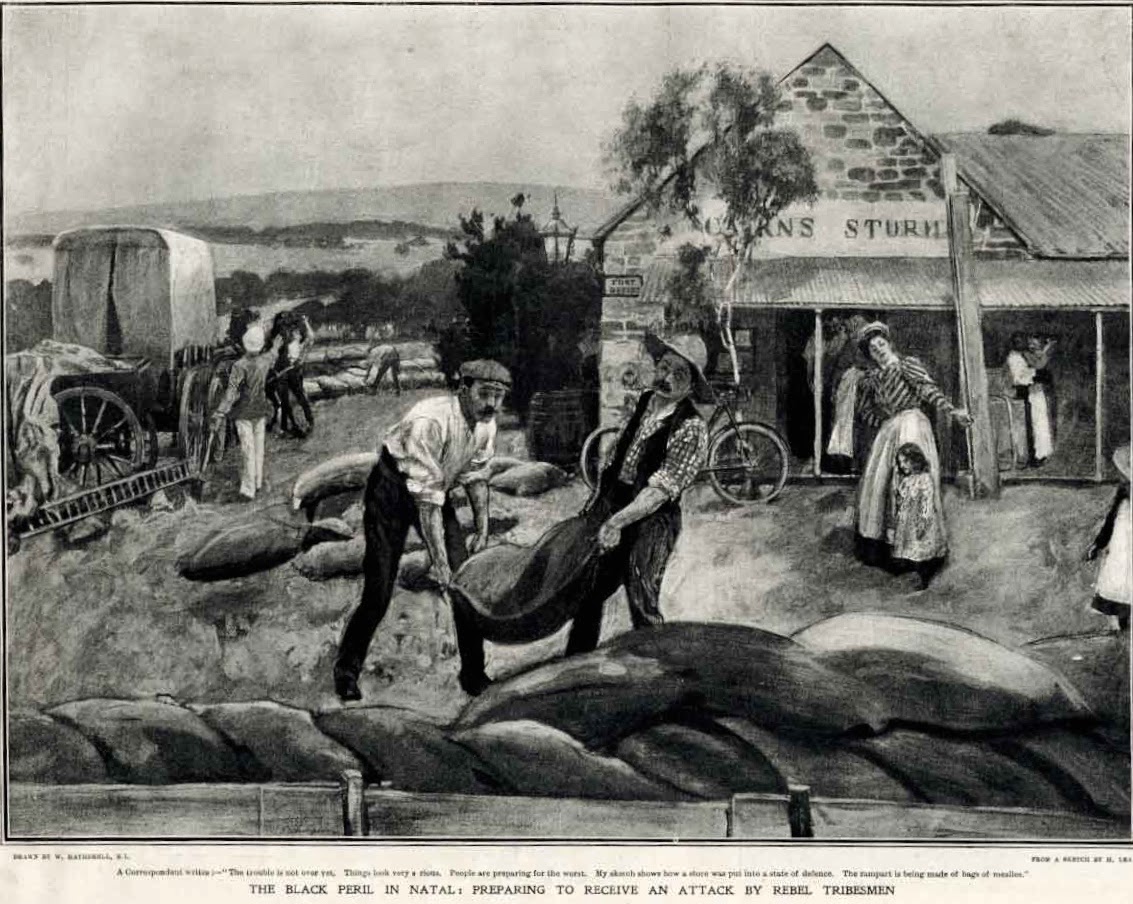 For almost thirty years before South Africa adopted a television service in 1976 the apartheid government insisted that TV would ‘destroy… the soul’, lead to ‘dangerous liberalistic tendencies’, hasten the downfall of civilisations and cause ‘absolute chaos to South African life’. In a speech to parliament made in the late 1960s Dr Albert Hertzog, the apartheid cabinet minister in charge of regulating media, predicted what would happen once television became a fixture in white South African homes by presenting the following scenario:

It is afternoon and the Bantu house-boy is in the living room cleaning the carpet. Someone has left the television set on. The house-boy looks up at the screen, sees a chorus line of white girls in scanty costumes. Suddenly, seized by lust, he runs upstairs and rapes the madam.

Hertzog’s fear mongering may appear bizarrely irrational in 2014; however, the myth that black men were predisposed to raping white women at every opportunity was a consistently powerful, recurrent motif that was used – sometimes cynically, sometimes unconsciously – to help maintain white supremacy.

In the late nineteenth and early twentieth centuries white communities in southern Africa were periodically swept by the fear that white women were in imminent danger of being raped by black men. White panics about black rapists were always disproportional to actual incidences of rape, and there is no causal correlation between the instances of black men raping white women that did take place, and the rape scares that affected white communities.

These panics were perhaps the most dramatic manifestation of black peril, yet the racist belief that all black men were sexual predators was seldom far from the surface of white consciousness. Lancelot Hogben, a pioneering anti-racist who taught at the University of Cape Town in the 1920s, presented the following as a typical conversation with white South Africans:

Hogben was not simply being satirical. Pioneering research on racial prejudice carried out in the 1930s by I.D. MacCrone also suggested that the perceived threat of sexual violence underpinned many of the racial attitudes of white South Africans. He noted for example that ‘the idea of a white woman in the arms of a black man…is enough to give rise to the most pronounced emotional reactions in the white man…. The same effects…also inflame the emotions excited by the crimes of rape committed by blacks against white women’.

Such perceptions persisted into the late twentieth century. Opinion polls conducted in the late 1970s and 1980s on white attitudes to black majority rule found that over 80 per cent of Afrikaners and 60 per cent of English-speakers believed that white women ‘would be molested by blacks’ in a democratic South Africa.

Given the pervasiveness of these fears it is unsurprising that they were exploited politically. Natal’s nineteenth century rape scares resulted in the passage of legislation explicitly designed to control African men living and working in urban areas. In South African political campaigns in the 1920s, 1930s and 1940s politicians shamelessly deployed the threat of white women being seduced and raped by black men to garner votes.

In the 1950s and 1960s opponents of majority rule pointed to the rape of white women in ‘the rest of Africa’ during the turbulent decolonisation era and warned that white women would suffer a similar fate if apartheid was abolished. Kenya’s Mau Mau rebellion of the 1950s was extensively covered in the South African press, but it was the example of the Congo in 1960 that especially terrified white South Africans. During the Force publique mutiny it was alleged that nearly 800 white women of various nationalities were raped. The Afrikaans press treated these rapes as the central story of Congo’s independence and used the crisis to defend apartheid. Die Transvaler, for example, proclaimed that since

white South Africans could not flee to Belguim or to Britain like other whites who had been expelled from Africa, they would realize once and for all that the answer to South Africa’s racial problem lay in whites remaining master in their land while blacks should be allowed to do the same in their [separate] areas. This was an important lesson which the Congo should teach those opposition parties in South Africa who were in favour of the white man capitulating to black nationalists.

[t]he Zaire drama should be a warning to…liberals in this country. They assume far too easily, and incorrectly, that because the Republic is a Western democracy, Africa conforms to the same democratic rules. The continent, in fact is still possessed of an inherent savagery…the brutality of a dark continent surfaces shamefully and shockingly. Mass murders, atrocities, genocide…they have been duplicated in Biafra, Uganda, Burundi, Angola, Chad, the Sudan, Mozambique and other parts of Africa…We do not want any Kolwezis in South Africa, thank you Mrs. Suzman and Co.

In the late 1980s, as violence and insurrection in South Africa mushroomed, cautionary tales about ‘the rest of Africa’ were again frequently told. A National Party cabinet minister warned parliament in 1988 that ‘[e]verywhere in Africa, coups, insurrections and political violence have been endemic as ethnic groups have struggled for supremacy…why would majority rule be any different in South Africa?’ At much the same time, Eugene Terre Blanche, leader of the neo-fascist Afrikaner Weerstandsbeweging (Afrikaner Resistance Movement) was careful to highlight the sexual danger to white women posed by democracy by asserting that ‘[w]hen [blacks] start to burn and loot our property and rape our women as they did in the rest of Africa, we will not lie down and be slaughtered’.

The myth of the black rapist was clearly a highly effective tool for stoking whites’ racist fears. It also had dire consequences for those black men arrested and charged for sexually assaulting white women.  On the Witwatersrand in the early twentieth century white women occasionally accused black male domestic servants of rape in an effort to end intimate relationships that had become unmanageable.

Sol Plaatje in 1921 recounted how a black domestic servant in Johannesburg narrowly escaped the wrath of a white mob after he made it known that his white female employer had made unwanted sexual advances. Plaatje also insisted that the hysteria surrounding ‘black peril’ meant that a fair trial for African men accused of rape was in many cases impossible.

By way of comparison, in early colonial Southern Rhodesia, miscarriages of justice were sometimes even more severe, and at times bizarre. In Salisbury in 1908 an African man named Singana was sentenced to death for the attempted rape of a white woman. It was only when the death sentence was sent to the British High Commissioner to be ratified that it transpired that the woman concerned had in fact been attacked by a baboon and Singana was pardoned.

P. Hugo, ‘Towards Darkness and Death: Racial Demonology in South Africa’ in The Journal of Modern African Studies, 26, 4 (1988).

S. Plaatje, ‘The Mote and the Beam: An Epic on Sex-Relationship ‘twixt White and Black in British South Africa (1921)’ in B. Willan (ed.) Sol Plaatje: Selected Writings (Johannesburg, 1996).